Cause of death yet to be confirmed, full obit now posted 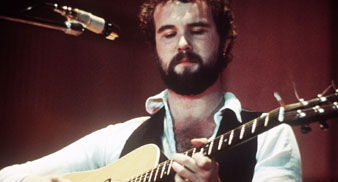 A cause of death has yet to be confirmed, but a post on his website johnmartyn.com reads: “With heavy heart and an unbearable sense of loss we must announce that John died this morning.”

Martyn, who started his career aged 17, was a major figure on the London folk scene in the mid-Sixties. In 1967, he released his first album, London Conversation, and a further 21 would follow during his 40-year career.

He is perhaps best known for his 1973 album, Solid Air. Among his other career highlights are 1977’s One World, notable for “Big Muff”, a collaboration with Lee “Scratch” Perry, and 1980’s Grace And Danger, recorded during the break-up of his marriage.

In 2008, Martyn was awarded a lifetime achievement award at the BBC Radio 2 Folk Awards, while in January this year, he received an OBE.

He was due to headline three shows at the Fifestock festival in March.

Also, to read about a colourful encounter between Martyn and Uncut editor Allan Jones, click here for a re-print of a Stop Me piece, originally published in 2004.

Any comments you would like to make about what Martyn meant to you, please email allan_jones@ipcmedia.com and we’ll publish your thoughts.