The band return with 'Through The Windowpane''s follow-up 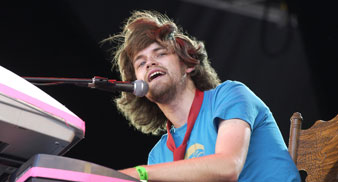 Guillemots have announced details of their second album, the follow-up to 2006’s “Through The Windowpane”.

“Red” apparently sees the band heading in a more mainstream direction, demonstrated by the lead single “Get Over It”, out March 17.

The album, produced by Adam Noble, who has previously worked with U2 and Paul McCartney, features writing credits split between all four members.

“Red” is set to be released on March 24, after Fyfe Dangerfield and co. head out on a short UK tour: