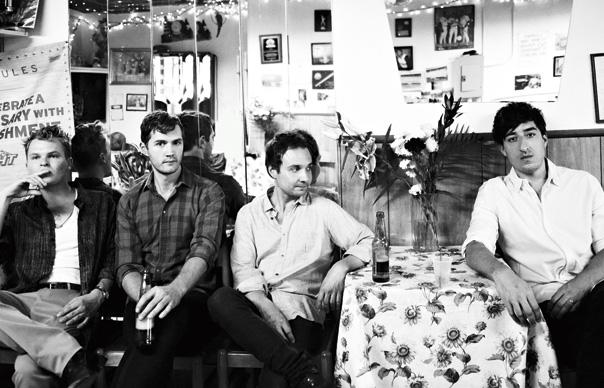 Grizzly Bear have posted a tongue-in-cheek Christmas video for fans – watch it by scrolling down.

It begins with the written message: “This holiday season, give the gift the whole family will enjoy – ‘SHIELDS’. the band’s third album, Shields was released on released on Warp Recordings on September 17, 2012 in the UK and September 18 in the US.

Grizzly Bear’s Chris Taylor recently revealed he is writing a cookbook which he promises will be ‘seasonally relevant’ and inspired by his love of throwing dinner parties for friends – presumably with a round of applause between each course.

Meanwhile, Grizzly Bear recently raised the ire of British fans when they criticised the audience at their gig at The Sage, Gateshead. Taking to his personal Twitter to air his grievances, lead singer Ed Droste said: “FYI: we like it when people cheer between songs, during songs, yell shit, whatever. Please don’t be overly attentive for us. Thnx”.

A tweet from the band’s account then asked: “Why does our fan-base skew so much older in Europe than the US? So random. Good 10-15 year age difference”.