2xCD edition will feature both 1968 and 1971 mixes, plus unreleased live recordings 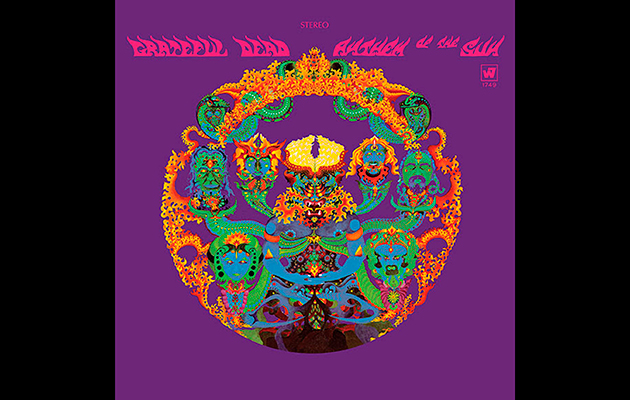 Grateful Dead will continue their 50th anniversary reissue programme by re-releasing 1968 album Anthem Of The Sun in July.

Anthem Of The Sun: 50th Anniversary Deluxe Edition comes as a 2xCD edition featuring both 1968 and 1971 mixes of the album (remastered by David Glasser from the original analogue master tapes), as well as bonus disc with a previously unreleased complete live show recorded on October 22, 1967 at Winterland in San Francisco – the first known recording of the Grateful Dead with Mickey Hart.

Archivist and producer David Lemieux explains the differences between the two Anthem Of The Sun mixes as follows: “The 1971 remix, produced in order to make the album more accessible to the newer fans who were brought on board with Workingman’s Dead and American Beauty, has been the most commonly heard version for the past 45+ years. However, having this side-by-side with the original 1968 mix demonstrates countless differences, with the original mix being more primal, psychedelic, and experimental.”

The full tracklisting for the CD edition is as follows:

Anthem Of The Sun will also be released as a limited edition (10,000 copies) 12-inch vinyl picture disc featuring the remastered 1971 mix of the album.