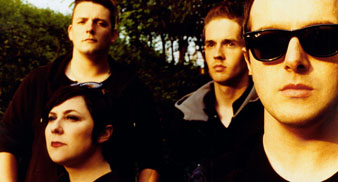 Glasvegas have announced a 15 date tour to take place from November 28.

The UK tour will end with a homecoming at Glasgow Barrowlands on December 16.

The Glasgow-based band whose self-titled debut is released this week (September 8) start a previously announced, and now sold out tour, this week in Bristol on Friday (September 13).

Tickets for the new dates go on sale this Wednesday (September 10) at 9am.