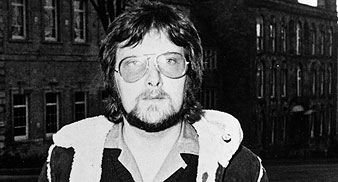 The ‘Stuck In The Middle With You’ and ‘Baker Street’ singer-songwriter died yesterday morning (January 4) after a long illness, reports The Guardian. His family said he passed away peacefully.

Best known for the aforementioned songs plus hits including ‘Get It Right Next Time’ and ‘Don’t Give Up On Me’, Rafferty had been admitted to the Royal Bournemouth Hospital last November with liver failure.

Born in Paisley, near Glasgow, he was most successful as a solo artist in the 1970s following stints in bands the The Humblebums (with comedian Billy Connolly) and Stealers Wheel.

His most successful albums were 1978’s ‘City To City’ and ‘Night Owl’, released in the following year. Quentin Tarantino‘s use of ‘Stuck In The Middle With You’ in his 1992 film Reservoir Dogs exposed Rafferty to a new generation of fans.

He battled with alcoholism throughout his life and last released a full album of original songs, ‘Another World’, in 2000.