Last part of the LA Quartet being made 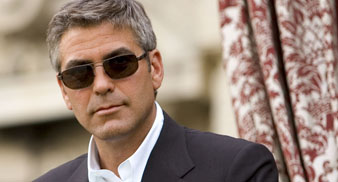 George Clooney is acting in and producing a new film project, “White Jazz” – based on the James Ellroy novel of the same name, says The Hollywood Reporter.

The adaptation of “White Jazz” will form the fourth and final part of what is known as the “LA Quartet”.

The other novels in the crime series are “LA Confidential,” ‘The Black Dahlia” and “The Big Nowhere.” The former two have also previously been adapted into big screen hits.

As well as this film due to start production in 2008, Clooney is also co-producing a new heist movie “Belmont Boys” with his previous partner for “Ocean’s Eleven,” Jerry Weintraub.

He will also enlist his “Good Night, and Good Luck” producer Grant Heslov.

The film will take place in the U.S. and locations throughout Europe, with Clooney and Weintraub ready to cast the lead roles.

Weintraub has already promised that the new movie will not be an “Ocean’s” retread and that the actors will be much older, “though all big stars.”

George Clooney won an Academy Award this year for his supporting role in “Syriana.”