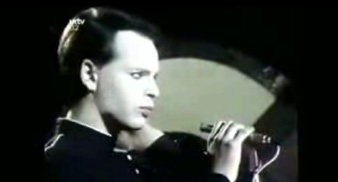 Gary Numan attacked people who label him pretentious, saying they should “fuck off”.

The electro icon also admitted that he doesn’t think he’s technically a good musician, in an interview with Uncut’s sister-title [url= http://www.nme.com/news/gary-numan/52318]NME[/url].

“‘Are ‘Friends’ Electric?’… it’s actually two songs stuck together,” he said of his 1979 chart topper. “Because I lacked the ability to finish either of them. I had a good verse, I couldn’t think of a chorus for it. One day I’m playing this one, started playing that one… I’ll put them together. You end up with a song five-and-a-half minutes long and it goes to Number One.”

Numan added: “I became successful because I couldn’t write songs very well. And I can’t play very well. My success is based on not being able to finish songs properly and playing badly. That’s going to keep you down to earth, isn’t it. People say I’m pretentious? Fuck off!”