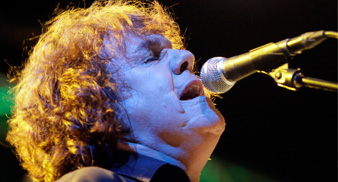 Adam Parsons, who managed Moore during his time in Thin Lizzy, confirmed to BBC News that the Northern Irishman passed away yesterday morning (February 6).

The Belfast-born musician died in his sleep while on holiday in Spain.

Born in 1952 as Robert William Gary Moore, the guitarist joined Dublin blues-rock band Skid Row at the age of 16.

While playing with the group, Moore befriended vocalist Phil Lynott, who he later teamed up with again when he replaced Eric Bell in Thin Lizzy in 1974.

Although he only spent a few months with the band during this initial stint, he would later return to the line-up in 1977, to replace Brian Robertson, and in 1978 for the ‘Black Rose’ tour.

He also scored hits with singles such as ‘Parisienne Walkways’ and ‘Out In The Fields’ and released his final solo studio in 2008, ‘Bad For You Baby’.

“He was so robust, he wasn’t a rock casualty, he was a healthy guy. He was a superb player and a dedicated musician,” he said.