Fleetwood Mac WILL Tour In 2009

New album from the reformed band to follow shows too 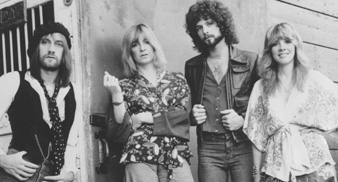 Fleetwood Mac are definitely reforming for live dates to take place next year, the band’s guitarist Lindsey Buckingham has said.

The legendary band will reform for a tour in early 2009, their first since 2003, and they are also planning on making a new studio album too, once they have played together for a while.

Buckingham has said in an interview with US publication Billboard.com: “I think maybe there was even a sense that we would make a better album if we went out and hung out together first on the road …Maybe even sowing some seeds musically that would get us more prepared to go in the studio rather than just going in cold. It takes the pressure (off) from having to go in and make something cold.”

As previously reported here on uncut.co.uk, Buckingham has
enlisted the help of Fleetwood Mac members Mick Fleetwood
and John McVie for two tracks on his forthcoming solo album
‘Gift of Screws’, due for release on September 16.