The play opens at New York’s Theater later in January... 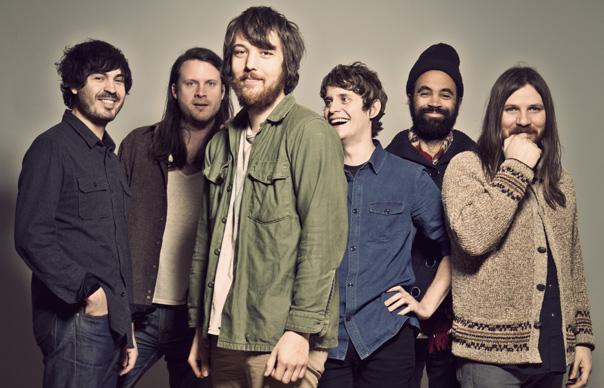 The play opens at New York’s Theater later in January…

The play called Wyoming and opens at New York’s Theater later in January. The score is an original composition and was written with Bill Callahan and Joanna Newsom collaborator, Neal Morgan. According to Stereogum, Pecknold “has no plans to record or release the score”, while the movie’s music supervisor Scott Thomas called the piece “unlike any score for theater that I’ve ever heard”.

Meanwhile, Pecknold last year posted a Facebook post on his band’s official page, accounting for their lack of activity since 2011’s Helplessness Blues, revealing that he has enrolled at university.

Pecknold wrote: “For anyone who’s curious, this is a short Fleet Foxes update – been a while! So, after the last round of touring, I decided to go back to school. I never got an undergraduate degree, and this felt like the right time to both see what that was about and to try something new after a while in the touring / recording lifestyle. I moved to New York and enrolled at Columbia, and I’ve mostly been doing that, but I’m working on songs and excited for whatever happens next musically, even if it’s down the line. Hope all is well out there.”

Outside of Fleet Foxes, Robin Pecknold appeared at last year’s End Of The Road festival as part of The Gene Clark No Other Band. The collaborative project also involved both members of Beach House (Victoria Legrand and Alex Scally), Grizzly Bear’s Daniel Rossen, former Walkmen member Hamilton Leithauser, ex-Fairport Convention member Iain Matthews and members of Lower Dens, Wye Oak and Celebration. The group reconstructed the 1974 album No Other by Gene Clark.