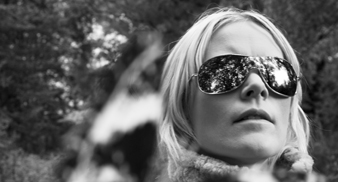 Fever Ray, one of Uncut’s highlights at this year’s Latitude Festival is set to be one of the international stars of the Trans Musicales festival in Rennes, France next month.

Fever Ray, the new solo project by The Knife‘s Karin Dreijer Andersson, is making a name for herself with her unique slowed down eerie, gothic techno-pop mixing strange ethnic and Far Eastern influences, and live shows are characteristically weird and wonderful to watch.

The four day festival of new and rising artists from around the world, which has taken place annually since 1978, is renowned for its new music policy and previous ‘finds’ have included Bon Iver, Justice, Goldfrapp, Bjork and Beck – all of whom performed before they reached mainstream success.

Representing the UK at Trans Musicales 2009 will be Detroit Social Club, VV Brown, Gaggle and An Experiment On A Bird In The Air Pump.

Also appearing will be Secretly Canadian signings, Blk Jks; the South african psychedelic dub fusion group who were recently (December 2009 issue) awarded a four-star Uncut review for their debut album ‘After Robots’, American songwiter Cass McCombs who has created waves of acclaim for fourth album ‘Catacombs’, and Brightblack Morning Light, whose Matador album ‘Motion To Rejoin’ was an ‘intoxicating delight’ according to its Uncut four-star review earlier this year too.

The international flavour of the artists on the programme ranges from Turkey to Jamaica to India via all corners of Europe. For more details and for a full line-up of the chosen ‘ones to watch’ – see the Trans Musicales website here: www.lestrans.com