Slowhand on South Bank Show this Christmas, plus last chance to win a Fender! 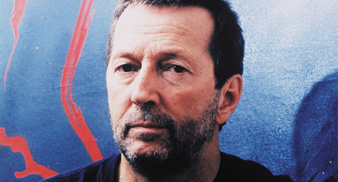 Eric Clapton is to appear on The South Bank Show, for the first time in twenty years, this December.

Interviewed once again by South Bank Show host Melvyn Bragg, Clapton chats at length about conquering his addiction with alcohol which was at it’s peak at the time of their first meeting.

The filmed interview also sees Clapton talk frankly about his family, the death of his son, the intensity of his relationships with other great guitarists and with women, his influences and his most moving songs – and how he has now finally found peace.

The show which airs on ITV1 on December 2, will also include rare and exclusive performance footage.

Other highlights on The South Bank Show this Christmas include an interview with Annie Lennox behind the scenes as she prepares for a peace concert. The show airs on December 16.