Eric Burdon’s upcoming hometown show “likely to be my last”

Uncut exclusive: The Animals singer will say goodbye to Newcastle in June 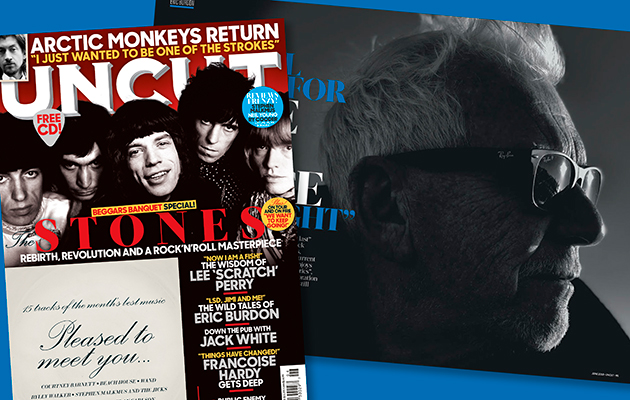 In the current issue of Uncut – on sale now – Eric Burdon acknowledges that his concert at Newcastle City Hall on June 23 may be his last in his hometown.

“Let’s face it, I am not getting any younger here!” says the former Animals frontman, who turns 77 this month. “Although ‘retirement’ is not a word in my vocabulary, being on the road is extremely tiring. So I’ll have to find other formats to express my musical needs and connect with my audience… As long as I have a voice, I will always use it to speak my mind and sing from my heart.”

As part of a wide-ranging interview, Burdon also reveals why he thinks the original incarnation of The Animals imploded just two years after scoring a transatlantic No. 1 with “House Of The Rising Sun”.

“We recognised [Chas Chandler’s] managerial skills right away,” says Burdon of the Animals bassist who went on to manage Jimi Hendrix and Slade. “It was me who told him he’d be better suited as our manager instead of bass player. We were getting attention and we knew we’d make it, but we thought we could do with a stronger bass player and a better manager. Nobody was willing to tell him, so I took it upon myself. From then on, he hated my guts. I wish he’d have listened. Maybe The Animals would have had a better future in the music world.”

Asked if he ever thinks about his legacy, Burdon says: “A legacy is for others to make up about you after you’ve gone. I’ve lived a full life with many ups and downs. The only thing I can say about myself, is that I am one lucky individual to have come through the life that I’ve lived.”