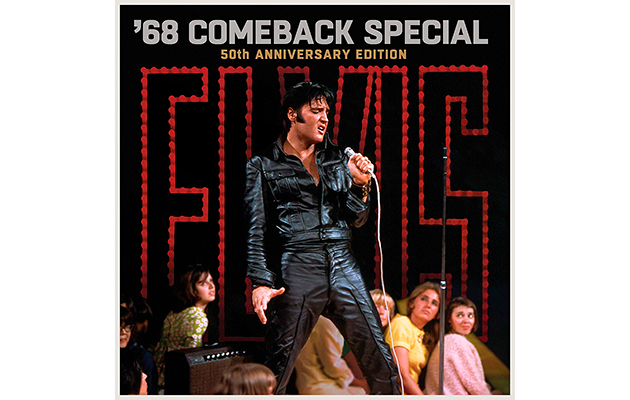 The upcoming 50th anniversary of Elvis Presley’s ’68 Comeback Special will be marked by the released of a Deluxe Edition box set on November 30.

It includes restored audio and video of both of Presley’s stand-up and sit-down performances, along with a wealth of rehearsal takes, edits and studio sessions. The deluxe package also includes an 80-page book featuring rare photographs and ephemera and a new oral history on the special. The breakdown of the content across the seven discs is as follows:

The content from the box set will be released digitally as separate audio and video products on November 30, while the sit-down sets will be released as a double vinyl set entitled The King In The Ring.