Dylan-esque folkist to tour his boisterous debut in November 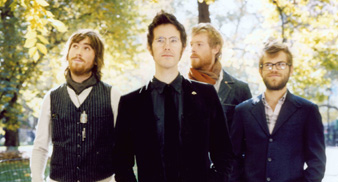 Elvis Perkins has announced his first set of UK headline shows starting in Manchester on November 2.

The son of Psycho Anthony Perkins has already played joyous shows with Clap Your Hands Say Yeah and Cold War Kids this year, with the culmination of both bands joining the singer for a hoedown onsatge at this year’s Latitude Festival.

Joined by touring band, known collectively as Elvis Perkins in Dearland, they will play out their debut ‘Ash Wednesday‘ at the following venues: