Elbow have revealed that their next new album looks set to contain a "Jewish folk song". 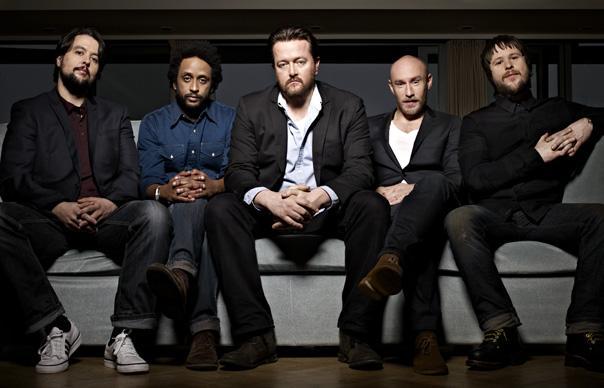 Elbow have revealed that their next new album looks set to contain a “Jewish folk song”.

Speaking to the Worksop Guardian, the band’s bassist Pete Turner explained that they have ‘half an album ready’. Of the follow-up to last year’s Build A Rocket Boys!, he added that the band are referencing Ride and My Bloody Valentine. Turner said: “It feels very experimental and we’ve been going very leftfield with things. Spiritualized get referenced quite a lot and we’re trying out new things. We’re referencing My Bloody Valentine, Ride… We were working on this new tune the other day and Guy [Garvey] said ‘this is like a little Jewish folk song’, and we listened back to it and thought ‘that’s brilliant, we have to keep that vibe’. Its got this great feel of one of those Eastern European stop-animation films. I love it.”

Elbow are set to tour UK arenas this autumn. Kicking off at Nottingham’s Capital FM Arena on November 26, the band will then head to Birmingham NIA on November 28 and Liverpool’s Echo Area on November 29, before heading to their Manchester home-town on December 1. They will finish up at London’s The O2 on December 2.

Of the tour, Turner said it will be similar to their last tour “with bringing the crowd in and making the room feel smaller, but there will be new lights, new visuals and new ideas.”

He added that they’ll be delving into their back catalogue more than on their last jaunt, stating: “We’re going to look back into the back catalogue a little bit more and fish out some songs that we’ve not played for a while. But it should just be a couple of hours of fun and partying every night. It’s a nice way of rounding off the album and the year.”