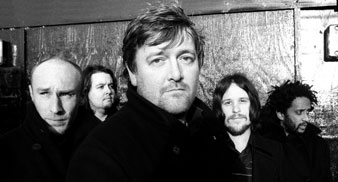 Elbow have revealed full details of their new album, “The Seldom Seen Kid”.

The record, the band’s fourth and follow-up to 2005’s “Leaders Of The Free World”, is set for release on March 17.

Produced by keyboardist Craig Potter, the album includes the lead single “Grounds For Divorce” and stately ballad “Weather To Fly”.

You can read Uncut‘s first review of the album by taking a look at John Mulvey‘s Wild Mercury Sound blog.

“The Seldom Seen Kid”‘s tracklisting is as follows: