Echo And The Bunnymen to play club show

Dogs and The Charlatans are on the bill too 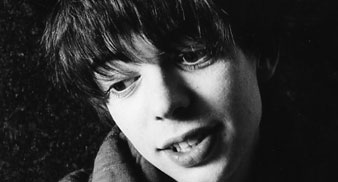 Echo And The Bunnymen are the first headliners announced for a new series of special events in Birmingham.

The first event, organised by Pure07.com will be headlined by Ian McCulloch’s Bunnymen on November 18th . They will be supported by Dogs, who have just completed a tour with Paul Weller and are the Modfather’s favourite new band.

Tim Burgess and other members of The Charlatans as well as Echo and The Bunnymen’s Will Sergeant will be playing eclectic DJ sets too.

The Pure events will take place monthly at the Air nightclub, in Digbeth, Birmingham.

Future DJ appearances will include Players who are Steve White and Damon Minchella of the Paul Weller Band, as well as former Style Councillor Mick Talbot.

Pure tickets cost £19.50 (10% of profits will go to the Birmingham Children’s Hospital.
Details for the new events can be found by clicking here