The troubadour picks up his tenth Grammy at last night's ceremony 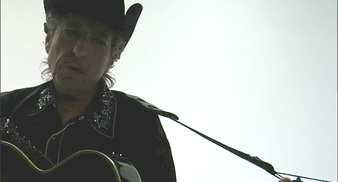 Dylan’s 32nd studio LP “Modern Times” debuted at No 1 in the US Pop charts at the time of it’s release last autumn, making the singer, at 65 years-old, the oldest living musician to do so.

Dylan, who did not attend the event, also picked up a Grammy for best solo rock vocal performance for the song “Someday Baby.” The track from “Modern Times” was featured in an Apple Ipod commercial, starring Dylan himself.

The song’s form is based on that of Muddy Waters’ “Trouble No More”, and was originally made famous by the Allman Brothers Band.

Dylan has picked up ten Grammys in his career, he won best album for 2002’s “Love And Theft” and the contemporary folk award for 1998’s “Time Out Of Mind.”