Yo La Tengo, Cat Power, My Morning Jacket to perform I'm Not There in New York 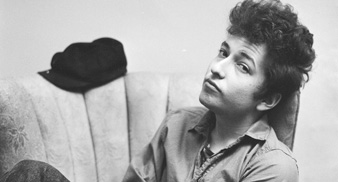 The soundtrack to the new Todd Haynes‘ Dylan biopic ‘I’m Not There’ is to be launched with a one-off live concert in New York next week.

Artists who appear on the double-album soundtrack covering Bob Dylan tracks from throughout his career will perform at the concert at the Beacon Theatre on November 7.

Yo La Tengo, Mark Lanegan, J Mascis, My Morning Jacket, Calexico,Cat Power, Lee Ranaldo and The Roots are confirmed to play so far, out of

Yo La Tengo feature on the ‘I’m Not There’ soundrack twice – with covers of ‘Fourth Time Around’ and ‘I Wanna Be Your Lover’. Calexico also appear several times, collaborating with Willie Nelson on ‘Senor (Tales Of Yankee Power) and with Charlotte Gainsbourg on ‘Just Like A Woman’ amongst their five appearances.

The concert is being organised by New York promoter Michael Dorff, and sponsored by The Weinstein Company and Wolfgang’s Vault.

All proceeds from the concert will go to 826 National and 826 Valencia, non-profit groups that help students aged 6-18 with creative writing skills.

The Weinstein Company film ‘I’m Not There’ is released in cinemas on November 21 – featuring several actors all playing the role of Bob Dylan at different times of his life.

The soundtrack is released this week.

For more on ‘I’m Not There’ – see Michael Bonner’s film blog here.