The hotly-tipped soul singer will celebrate her new album release 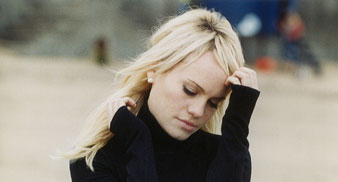 Welsh soul singer Duffy has announced a London headline show to celebrate the release of her debut album.

The singer will play Bush Hall on March 6, following the release of her album “Rockferry”, produced by Bernard Butler, on March 3, and single “Mercy”, which is out on February 25.

The singer has been tipped by many critics as a star of 2008, and recently performed on Jools Holland’s Hootenanny.

Duffy‘s full tour is as follows:

All dates, apart from Aberystwyth, Dublin, Belfast, Wrexham, London Bush Hall and Birmingham, are sold out.