Doors reissues available through a door 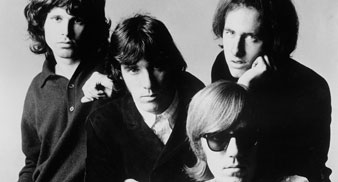 The Doors’ 40th anniversary is next month, and Rhino/Elektra Records will be saluting one of the greatest rock bands of all time with ‘Perception’.

A lavish 12-disc set, it’s appropriately packaged as a door, one that can be opened and closed.

The 6-CD/6-DVD box-set presents all of The Doors’ classic studio albums with legendary vocalist Jim Morrison, each supplemented with rare and unreleased audio and video tracks.

Each album is also accompanied by a DVD, including a 5.1 DTS Surround Sound mix of the album, as well as photo galleries and videos.

‘Perception’ will be available from November 28.