He plays London show as a gift for his wife Linda 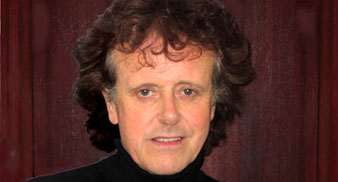 Donovan has announced that he will perform his 1966 album ‘Sunshine Superman’ live in London next June.

The singer will be joined by The London Contemporary Orchestra to play the album at the Royal Albert Hall on June 3.

Speaking of his reasons for playing the show, Donovan said that his wife had asked him to perform the album at the famous London venue as an anniversary present.

“This year of 2010 Linda and I celebrate our ruby anniversary,” he explained. “When I asked my muse what she wanted to do, she said, ‘Perform the complete ‘Sunshine Superman’ album at the Royal Albert Hall.’ Her wish is my command!”

He added: “I wrote the album for Linda, and Queen Victoria built the Albert Hall for you know who [Prince Albert], so come and celebrate two love stories [on] June 3 and dress for the occasion!”

Tickets go on sale from 9am (GMT) tomorrow (November 5).