Documentary on Former Soft Boy Hitchcock To Premiere In April

The prolific psych-eccentric musician is revealed by filmmaker John Edginton 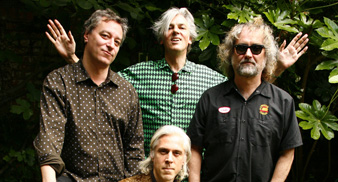 A new Robyn Hitchcock documentary “Sex, Food, Death and Insects” is to be screened for the first time in the UK next month.

Originally premiered at this year’s South By Southwest film festival, the documentary will be shown on BBC4 on April 27.