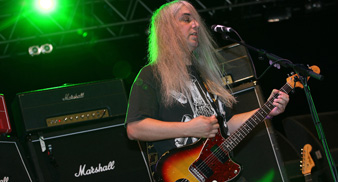 Dinosaur Jr have revealed details of their fifth studio album ‘Farm’ which is set for release on June 23.

The 11-track album was recorded and produced by frontman J Mascis in Massachusetts.

The trio, also including Lou Barlow and Murph reunited to make 2007’s highly praised ‘Beyond’ album, their first new material together in more than 20 years.