It's released in June 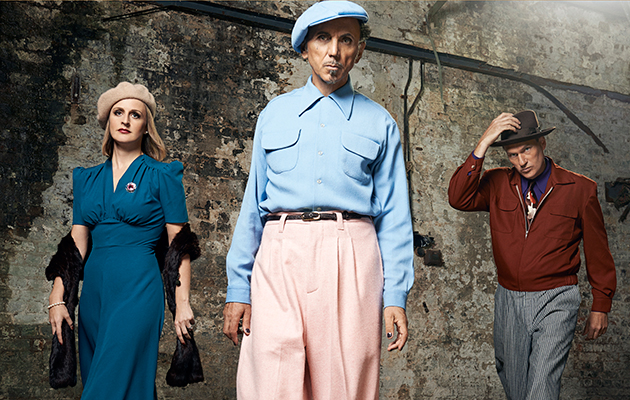 Dexys have announced details of a new album, Let The Record Show Dexys Do Irish and Country Soul.

“We had the idea to do this album in 1984 or 1985,” says Kevin Rowland. “It was to be called Irish and was to feature songs like ‘Carrickfergus’. ‘Curragh of Kildare’ and ‘Women Of Ireland’ – all of which are featured here. Dexys broke up not too long afterwards, so it didn’t happen.”

“Over the years, I would often think about it,” he continues. “The idea of it never went away. I can recall 10 or 12 years ago thinking, for example, ‘If I do ‘Carrickfergus’, I can try this or that.’ Or maybe we can do ‘You Wear it Well’, as the brief had expanded from solely consisting of Irish songs, to songs I’ve always loved and wanted to record. The album was always at the back of my mind. Then just as we were getting ready to record ‘One Day I’m Going To Soar’, I had an inspirational bolt from the blue, a strong clear feeling that this album should be our next project.’

“The album is called ‘Dexys DO Irish and Country Soul’: DO it, not BECOME it,” he emphasises. “We’re not trying to be Irish, and we haven’t used too many Celtic instruments on there. It’s our sound. We’re bringing our style to these songs. I’m just a guy who follows my intuition, my inspiration. This really felt like the right thing to do. We have put probably more care and attention into these songs than we might have done with our own songs, because the odds were high. It was important to get them right, and make sure every one of them felt relevant to us.”

The album’s tracklisting is:

Women of Ireland
To Love Somebody
Smoke Gets in Your Eyes
Curragh of Kildare
I’ll Take You Home Again, Kathleen
You Wear It Well
40 Shades of Green
How Do I Live
Grazing in the Grass
The Town I Loved So Well
Both Sides Now
Carrickfergus

The band will appear in Dublin at the National Concert Hall (March 29) and London’s Royal Festival Hall (April 29).

Rowland also DJs at How Does It Feel To Be Loved? at The Phoenix in London on Saturday April 16.