Scottish pop perennials give their greatest hits another outing 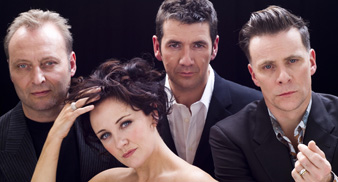 Deacon Blue have announced a major UK tour, starting in Cambridge this November.

The Scot band’s second tour since returning to the studio last year after a five year break.

At their career peak, Deacon Blue, fronted by Ricky Ross were one of the most commercially successful British bands of the time. By 1991 the then six-piece notched up 18 top 40 hit singles and five top 5 albums in the UK.

Deacon Blue will play the following venues later this year: