David Byrne has revealed how smoothly his recent collaboration with St Vincent went, in the new issue of Uncut, out on Friday (August 24). 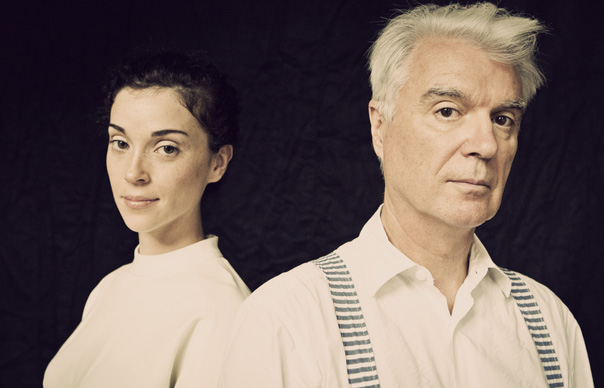 David Byrne has revealed how smoothly his recent collaboration with St Vincent went, in the new issue of Uncut, out on Friday (August 24).

The two are set to release their joint album Love This Giant on September 10, and Byrne reckons the success of their team-up was partly down to the gender of St Vincent, aka Annie Clark.

“Annie’s voice is in a range pretty close to mine,” the former Talking Heads frontman says. “That worked out pretty well. [When you’re working with women] there’s a little less – well, a lot less – macho swagger to deal with. You can be just dealing with the music, which is sometimes nice.”

For the rest of the interview with Byrne and Clark, check out the new issue of Uncut (October 2012, Take 185), which is out on Friday, August 24.