There's 14 in total, drawn from throughout his career 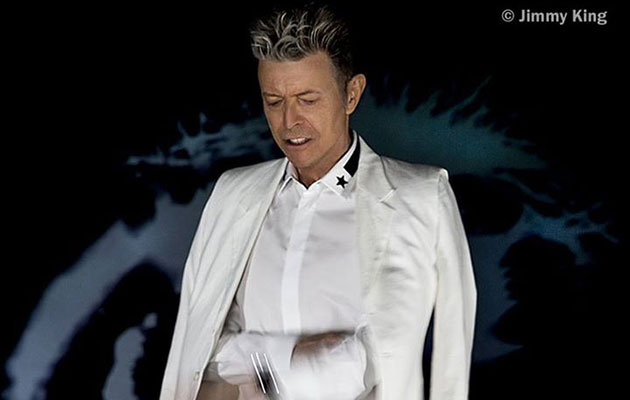 The production is a sequel to Walter Tevis’ novel, The Man Who Fell To Earth, which was filmed by Nic Roeg in 1976 starring Bowie.

The production contains a number of songs from Bowie’s back catalogue, as well as four new tracks. The title track appears on Bowie’s new album, ★.

There are 18 songs in total. The songs taken from Bowie’s catalogue are:

“It’s No Game (Part 1)”
“This Is Not America”
“The Man Who Sold The World”
“Love Is Lost”
“Changes”
“Where Are We Now?”
“Absolute Beginners”
“Dirty Boys”
“Life On Mars?”
“All The Young Dudes”
“Sound And Vision”
“Always Crashing In The Same Car”
“Valentine’s Day”
“Heroes”

The production is directed by Ivo van Hove and co-written by Bowie and Enda Walsh.

Meanwhile, inside the new Uncut you’ll find a first, forensic review of one of Bowie’s most audacious albums to date, plus a revelatory piece on the making of the album from Donny McCaslin, the jazz saxophonist who has taken on the role of Bowie’s key collaborator for the project.