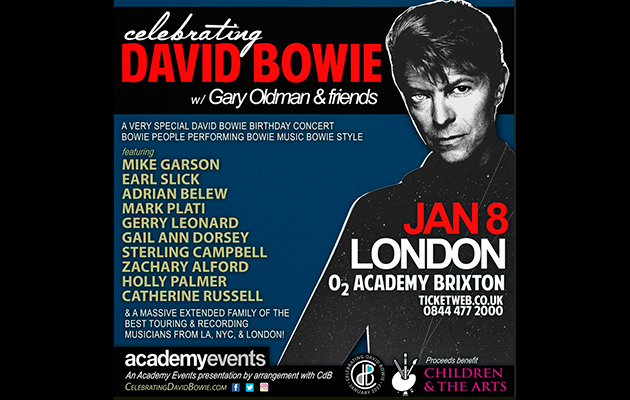 To honour David Bowie’s 70th birthday, his former band members, friends, and others will unite for a one-time only series of global goodwill concerts, in aid of local charities, called Celebrating David Bowie.

The London concert takes place at O2 Academy Brixton, on what would have been his 70th birthday on 8 January, with proceeds from the show benefitting the Children & the Arts charity.

The concerts, announced sporadically, will take place in cities that have a strong connection with Bowie and his work.