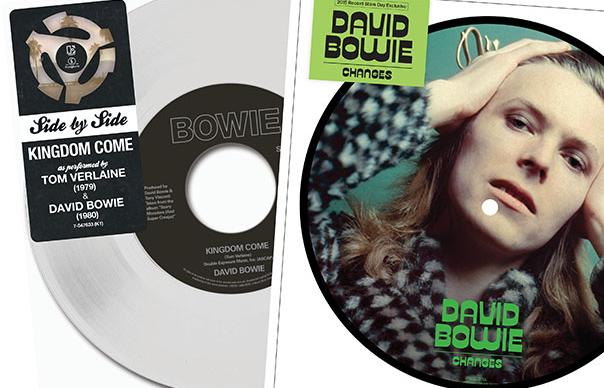 David Bowie has announced details of two 7″ singles which will be released on Record Store Day 2015.

The first is a limited edition 7″ picture disc of “Changes“. The AA-side for the 2015 picture disc is “Eight Line Poem (Gem Promo Version”, which is making it’s official release debut.

It will be joined by a limited edition white/clear vinyl ‘Side By Side’ 7″of “Kingdom Come“. One side features the Tom Verlaine version of the track and the other has Bowie’s rendition from the album Scary Monsters (And Super Creeps).

The full details of the releases are:

CHANGES is released on Parlophone April 18, 2015