Foo Fighters frontman Dave Grohl has released a statement concerning rumours that the rock titans were to split. On Saturday (September 30), during the band's set at the Global Citizen Festival in New York's Central Park, Grohl told the 60,000 strong crowd: "This is it, man. We don't have any [shows] after this." 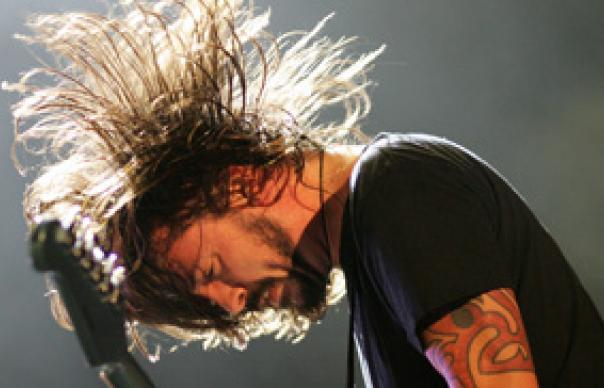 Foo Fighters frontman Dave Grohl has released a statement concerning rumours that the rock titans were to split.

On Saturday (September 30), during the band’s set at the Global Citizen Festival in New York’s Central Park, Grohl told the 60,000 strong crowd: “This is it, man. We don’t have any [shows] after this.”

However, yesterday a spokesperson for the band told MTV that that Foo Fighters are “definitely not breaking up”. Now Grohl has pitched in with comments of his own, securing a safe future for the band. The former Nirvana drummer said: There were times when I didn’t think the band would survive. There were times when I wanted to give up. But… I can’t give up this band. And I never will. Because it’s not just a band to me. It’s my life. It’s my family. It’s my world.
He opened the statement – via MTV News – by writing:

“Dave here. Just wanted to write and thank you all again from the bottom of my heart for another incredible year. We truly never could have done any of this without you… Never in my wildest dreams did I think Foo Fighters would make it this far. I never thought we COULD make it this far, to be honest.”

He added that he was being serious however, when he said the band would not be playing any live shows for some time. “I’m not sure when the Foo Fighters are going to play again,” he said.

He continued: “It feels strange to say that, but it’s a good thing for all of us to go away for a while. It’s one of the reasons we’re still here. Make sense? I never want to NOT be in this band. So, sometimes it’s good to just… put it back in the garage for a while… But, no gold watches or vacations just yet.”