The musician to tackle issue of recycling for Radio 4 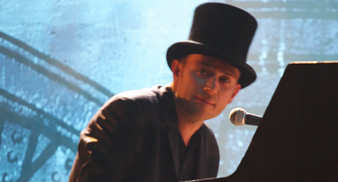 Damon Albarn is be one of the guest editors for Radio 4’s ‘Today’ programme this Christmas.

Albarn has said that the direction of his three hour broadcast will be to analyse what we can do to recycle more efficiently.

He will use the example of the way the African country Mali, where the musician has done awareness work, deals with it’s rubbish.