Damon Albarn: ‘Blur have been meeting up regularly and recording again’ 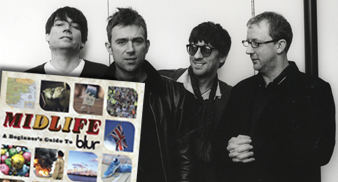 Blur have been meeting up “regularly” and recording again, Damon Albarn has confirmed.

In an interview with NME, the Gorillaz man revealed that the Britpop band recorded a spoken word piece with poet Michael Horovitz earlier this year.

The track was put together in response to the brief threat that this year’s Notting Hill Carnival would be cancelled. Albarn is coy about whether the track will see the light of day, commenting: “If they’d have cancelled the carnival – and thank God they didn’t – maybe we’d have put it out. It had its moment: it was a perfect plea to reinstate the carnival. So it wasn’t relevant – it was relevant for about 12 hours.”

Albarn added that he still gets an “amazing feeling” from playing with Blur and hinted at plans to play live with the band – possibly outside the UK – next year. But he also explained that he’s still working out how to fit Blur in with his other projects.

Over the weekend Albarn played his debut gigs with Rocketjuice To The Moon – his new band with Red Hot Chili Peppers man Flea and Tony Allen – and also has two gigs with The Good, The Bad & The Queen penciled in for later this month (both on November 10). He also released his DRC Music side-project album last month.

To read the full interview with Albarn, pick up [url=http://www.nme.com/magazine]this week’s issue of NME[/url], which is on UK newsstands and available digitally now.