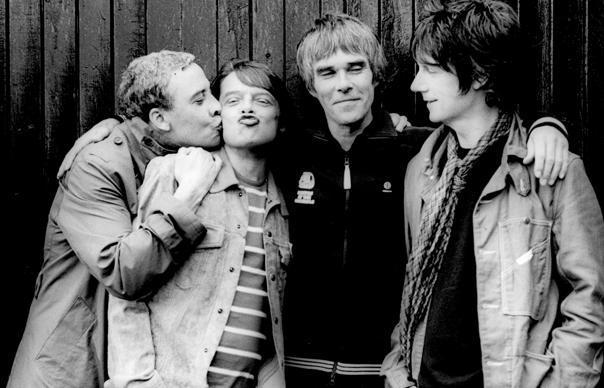 Damien Hirst has said he believes The Stone Roses are more important than Picasso.

Hirst, who is Britain’s richest living artist with a fortune estimated at £215 million, is one of a host of celebrities to have contributed their memories of The Stone Roses ahead of their hugely anticipated shows at Manchester’s Heaton Park this weekend.

Writing in the gigs’ official programme, which will be onsale at all three of the shows, Hirst simply writes: “The Stone Roses are more important than Picasso.”

As well as Hirst, former Manchester United midfielder and England captain David Beckham has also contributed his memories of the band, saying that their music “brings back memories of the most happiest time in my football career”.

He writes: “The Stone Roses was part of my upbringing in Manchester. And being an East End boy, that’s saying something. Their music has inspired so many people but for me it brings back memories of the most happiest time in my football career, when I started my career at Manchester United. The fact that they are back is incredible to see.”

Noel Gallagher, Take That’s Mark Owen and Beckham’s former teammate Ryan Giggs are among some of the other celebrities to have contributed to the programme, reports The Sun.

The weather forecast for the Roses’ Heaton Park shows is looking decidedly mixed.

According to the Met Office, heavy rain will hit the site all day today (June 28), meaning the ground will be pretty damp and the rain will continue to fall throughout tomorrow.

Rain is predicted to start to fall in late morning tomorrow and will continue to do so until mid-afternoon. After that, it should be dry, with temperatures hitting a high of 17 degrees.

Prospects for Saturday (June 30) and Sunday (July 1) don’t look much better, with heavy rain forecast for throughout Saturday and for early morning on Sunday, although the sun is expected to come out for band’s closing performance on Sunday night.