Crosby And Nash US Shows On Hold 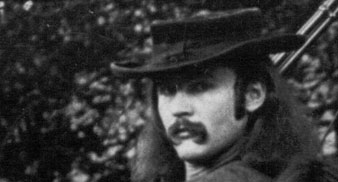 David Crosby and Graham Nash have postponed their forthcoming US tour due to Crosby’s ill health, Reuters reports.

No specific illness has been stated.

A message posted by the band’s manager Donald Miller on http://crosbynash.com on Friday said: “The action was taken because of medical issues that have arisen for member David Crosby.”

He added that they “deeply regret that the band will not be able to embark on this (U.S.) tour as scheduled. At this time, we thank you for your understanding and the band looks forward to seeing you this fall.”

Crosby and Nash’s tour was due to start on March 19 in Shawnee, Oklahoma, finishing on April 15 in Niagara Falls, New York.

Earlier this year, Crosby and Nash were due to pereform concerts in Australia, but they too were cancelled due to Crosby taking ill.

The postponement was reported in an Australian newspaper which claimed that Crosby had contracted pneumonia.

Long-term musical partner Stephen Stills was due to rejoin them on stage for those dates.

Crosby, now 65, has had a history of substance abuse, including contracting hepatitis C and having a liver transplant in 1995.

The US dates will be re-scheduled in the coming months and are expected to take place in the Autumn.