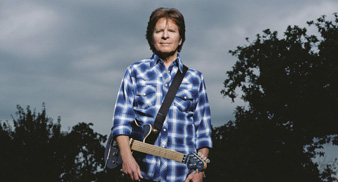 The new CD features their best known hits, ‘Proud Mary’, ‘Born On The Bayou’ and ‘Travelin’ Band’ as well as their cover of Marvin Gaye’s ‘Heard It Through The Grapevine’.