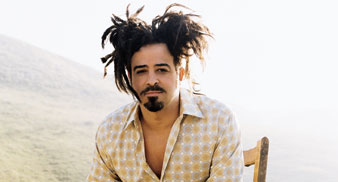 Duritz, who previously had a record label – E Pluribus Unum, later bought out by Geffen Records- says that he had no intention of setting up a second label until he heard these artists tracks online.

He says on the labels’ website that he intends to remove the red-tape associated with normal record companies.

According to Duritz,”When you start a label you’re responsible for the hopes and dreams of the artists you sign. That’s a big deal to me and I take it seriously. We are here to help our artists create great music and navigate the treacherous waters of the music business.”

He adds that his “vision for T-Recs is an intimate boutique label. We are in the studio with the bands, talking to them constantly about their careers and their music. We handle everything in-house and we’re taking on a very limited number of artists so that each band gets personal attention.”

Former Counting Crows’ band manager Nicole Pierce will run the new label day to day out of offices in New York, while Duritz continues to record and tour with his own band Counting Crows.