Including nine UK dates of piano and chat in June 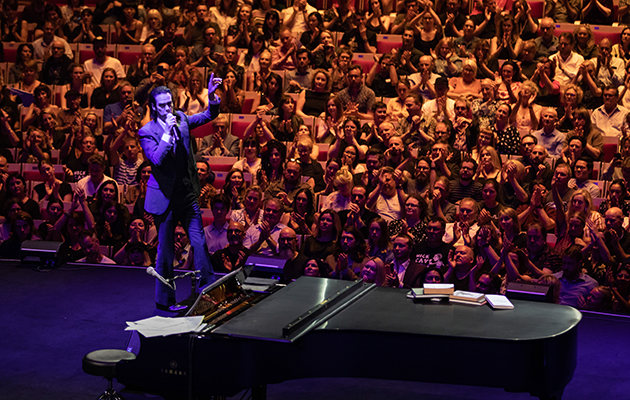 After a successful Antipodean run earlier in the year, Nick Cave is bringing his Conversations tour to Europe in May and June.

Described by Cave as “an exercise in connectivity”, he will take questions from the audience and perform some of his most beloved songs on piano.

See the full list of Conversations With Nick Cave tourdates below:

Tickets go on sale at 9am on Thursday (February 21) from here.