Coldplay’s Chris Martin: ‘Mylo Xyloto’ is like a musical’ 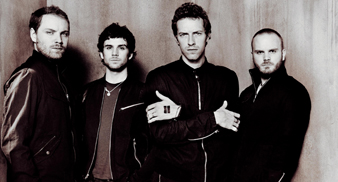 The frontman said their fifth studio effort is loosely based on a love story, which is similar to a jazz musical. He told The Sun: “Our new record is sort of a story – it’s not quite a musical, but it’s dangerously close.”

Martin also said drummer Will Champion almost ended up singing on ‘Princess Of China’ before they roped Rihanna in. Champion previously sang on the track ‘Death Will Never Conquer’ during the their ‘Viva La Vida Tour’.

He said: “There’s a bit of a love story thread so we really needed someone to sing even higher than me,” he added. “For all Will’s good intentions, he can’t do it. You need to be a female.”

His comments come after he said the track was his “favourite bit” on the record. “When the song came out, it sort of asked for her to be on it,” Martin said. And I think at this point, we have nothing to lose, and so we’ve been trying some new things and trying to break down the perceived boundaries between different types of music.”

‘Mylo Xyloto’ is released on October 24.