Coldplay Are Confirmed ‘Biggest Selling Act In The World’ 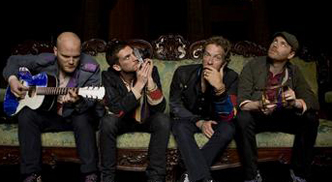 Coldplay have been confirmed as the world’s best-selling act in 2008, at the annual World Music Awards (WMAs) which took place in Monaco last night (November 9).

The band also scooped the prize of ‘Rock Act of the Year’, for their number one charting album “Viva La Vida or Death and All His Friends”. The band fronted by Chris Martin beat off other nominees Metallica, Kings of Leon and R.E.M.

Beatles’ drummer Ringo Starr picked up the Diamond Award, on behalf of the band. The Diamond award was created in 2001, to honour artists who have sold over 100 million records and is not awarded every year. Past recipients include Rod Stewart, Celine Dion, Bon Jovi and Michael Jackson.