This year's festival Jury is headed by Sean Penn 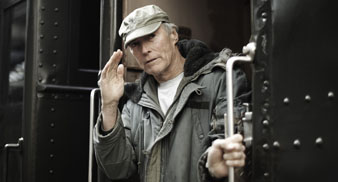 This year’s Cannes Film Festival line-up was announced this morning (April 23) and highlights include new films by Clint Eastwood, Steven Soderburgh and Wim Wenders screening at the eleven day film gala in France this May.

There had been concern that the recent writers’ strike in America would mean that Cannes would suffer from a lack of heavyweight US talent – in previous years Quentin Tarantino, Paul Thomas Anderson, the Coen Brothers and Wes Anderson have all premiered films at Cannes.

A number of Cannes veterans have films In Competition, including Jean-Pierre and Luc Dardenne’s Le Silence Du Lorna, Atom Egoyan with Adoration, Walter Salles with Linha De Passe and Wim Wenders with The Palermo Shooting.

Out Of Competition, there’s the premier of Indiana Jones And The Cave Of The Crystal Skull and Woody Allen’s Vicky Cristina Barcelona.

The Opening and Closing Night movies have yet to be confirmed.

This year’s Jury is headed up by Sean Penn and includes Natalie Portman and Alfonso Cuaron.

Check out Uncut’s FILM BLOG The View From Here for full reports from the festival.