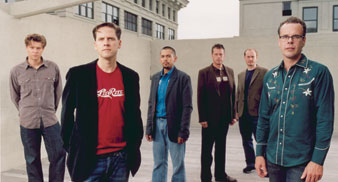 Calexico have announced details of their new album, “Carried To Dust”, due for release on September 9.

The band have also collaborated with a number of their musical brethren including Iron & Wine‘s Sam Beam, with whom Calexico collaborated on a 2005 EP, Tortoise bassist Doug McCombs and Pieta Brown.

It is the first full-length record the band have released since “Garden Ruin” two years ago.

Here is the tracklisting for “Carried to Dust”:

Calexico are also on a massive world tour and will play the following live dates in the UK and Ireland: