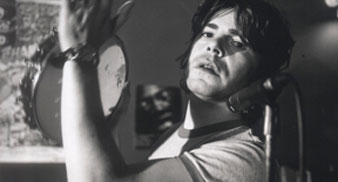 The Charlatans’ new studio album, You Cross My Path has reportedly been downloaded over 30,000 times since being made available as a free download through radio station xfm last Monday (March 3).

The band’s tenth studio album is the first album to be given away in conjunction with a radio station. A deluxe physical version of the album will released as a double CD, a single CD and on vinyl through Cooking Vinyl on May 12.

The Charlatan’s frontman Tim Burgess commented: “When Alan McGee and I had this idea 18 months ago, we never imagined that it could be this successful. It’s a tribute to people’s belief in us and if we were in the shops, 20 years after the Charlatans started, we would be the number two most popular group in the country this week – going free was the best thing for us. Thanks to everyone that has downloaded the record, cheers.”