Catch Up With Jack Penate At Instore Gigs

New single is at number 2 in the midweek chart, as he finishes up UK tour 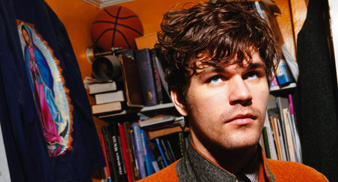 Jack Peñate’s new single, ‘Torn on the Platform’ looks set to be his highest charting single yet, this Sunday, currently at number two in the midweeks, as he finishes up his latest UK tour.

After playing a storming two sets at last weekend’s Glastonbury festival, the boy Penate has announced a couple of record shop instore gigs to take place before his remaning tour dates.

If you were there for Jack Penate’s amazing Glasto gig, or if you didn’t make it, check out a video clip of it here:Jack Penate at Glastonbury 2007

Catch him while you can, at the following places this week: