Dinosuar Jr were amongst this years hundreds of acts 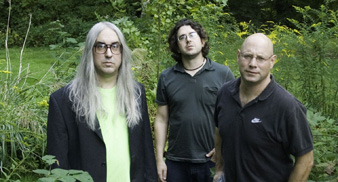 North by Northeast known as NXNE, the annual three-day live music festival and music and film conference in Toronto, Canada launches as an expanded four-day festival next week.

The festival, now in it’s fourteenth year, is modelled on the South By Southwest Festival which takes place in Austin, Texas, and sees hundreds of Canadian, American and other international bands play across 40 venues in the city.

The festival officially launches next week on November 1, with organisers taking submissions for band’s wishing to play next year’s festival which takes place from June 12 -15.

This year’s event saw 68,000 music fans watch established bands such as Dinosuar Jr, Soundtrack of our Lives, and You Say Party! We Say Die!amongst the many unsigned and independent acts, filtered to expose the ‘best new music’ around.

The NXNE film festival runs concurrently to the music festival, and this year’s scoop was the world premiere of Julien Temple‘s Glastonbury movie.

The Police visted the festival whilst on the Canadian leg of their 30th anniversary reunion tour, with Stewart Copeland declaring: “NXNE is an exciting combination of indie music and a film lover’s gourmet feast. We had a great time and would love to come back.”

Organisers are also looking for independent film submissions from November 1.

More details on next year’s festival and archives of years previous, check out the website: www.nxne.com