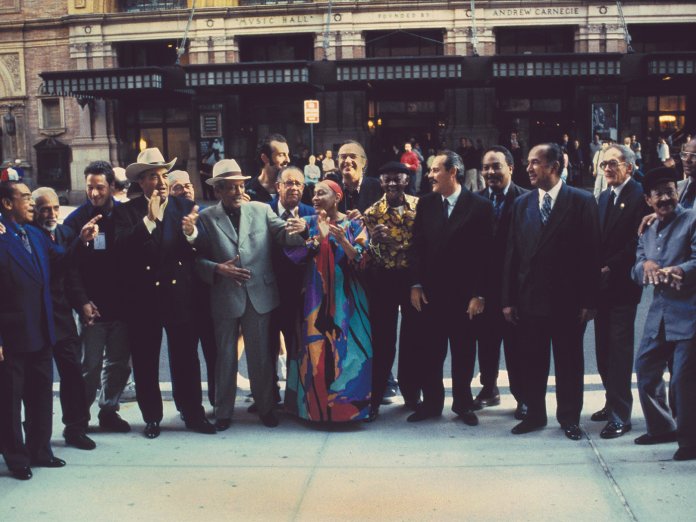 Buena Vista Social Club, the landmark 1996 celebration of Cuban music, is being reissued by World Circuit for its 25th anniversary on September 17.

The deluxe version of the remastered album comes with 19 previously unreleased tracks and alternate takes from the original sessions at Havana’s EGREM/Areito studios in March 1996, convened by Juan de Marcos González, Ry Cooder and Nick Gold. Watch a video for one of those, “Vicenta”, below:

“Vicenta” is vocal duet between Eliades Ochoa and Compay Segundo, written by Segundo, which follows the story of a 1909 fire which destroyed almost all of the village of La Maya, close to Santiago de Cuba, where Ochoa was born.

“Buena Vista Social Club brought together great musicians from the golden age of Cuban music and successfully took our traditional music to the rest of the world,” recalls Ochoa. “It allowed me to be recognised internationally by the sones, guarachas, and boleros I had been doing since I was young. It also made me reconnect with musicians with great experiences whom I admired. Buena Vista brought us together through music, and we were a well-run family. On this 25th anniversary, we will remember with deserved pride those great legends who will always be present among us.”

Producer and guitarist Ry Cooder says: “The Buena Vista boys fly high and never lose a feather. If you miss the boat this time, you’ll have the blues forever.”