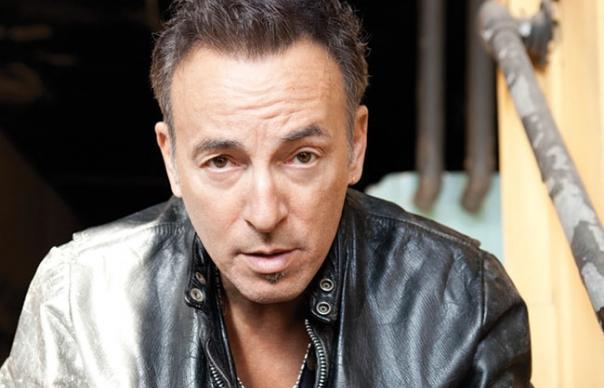 Aniello, who first worked with Springsteen on 2012 album ‘Wrecking Ball’, was asked to sort through a collection of outtakes from the past 10 years to see if he could carve the demos into an album.

In an interview with Rolling Stone, Aniello says Springsteen called him in December, 2012 to let him know he’d got some songs he wanted to record or rework, and after some back-and-forth, the songs were eventually finished while Springsteen was on tour in 2013.

“It was unusual in the fact that [Springsteen] was on tour. There were a lot of conversations in Europe and I did some of the recording via iChat when the band was in Australia. We just didn’t have the same amount of time we had for ‘Wrecking Ball’. We had a block of time for that and there was consistency. This was more put together between his stops.”

He continued: “I think at one point he was in Europe for three straight months, never coming home once. I did as much as I could here in Los Angeles, and we recorded in New York as well as those sessions in Australia. Some of that was just unusual for Bruce.”

He also defended Springsteen’s decision to craft an album out of existing material, saying it’s how most other artists operate. He said: “For any other artist alive, that’s how they make records. It’s, ‘Oh, I got a song. It’s great’ then it just ends up on the record. With any other artist, this would be completely acceptable. And we’re not saying it’s unacceptable to some fans. It’s just if you read fan sites you see people saying, ‘Oh, it’s older songs’.

“But you have to understand it has its own story, in my opinion. This is the story of what he’s not willing to put on albums because they don’t fit. But it’s a great Bruce record. It’s a great rock and roll record. The fact they’re older songs doesn’t detract from the brilliance of the record.”

‘High Hopes’ is due for release on January 13, although due to a technical error it was recently available for a short time on Amazon’s mobile site. The album features Rage Against The Machine’s Tom Morello, while late members of Springsteen’s E Street Band Clarence Clemons and Danny Federici also appear.