Browned Off With James Brown

Late soul legend’s wife gets locked out of house 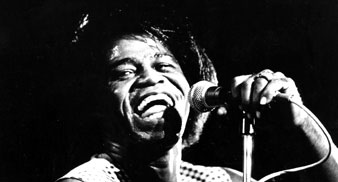 There’s a new twist in the controversy over James Brown’s recent death. Fourth wife Tomi Rae Hynie has asked a court for permission to return to the singer’s estate in South Carolina to collect “personal possessions” that belong to herself and their five-year-old son.

Hynie is not legally Brown’s wife, as she wasn’t divorced from her first husband when she married Brown in December 2001. After Hynie annulled her first marriage, she and Brown failed to remarry to make it legal.

Robert Rosen, Hynie’s attorney, says: “She’s not asking the court to live there. They locked her out and wouldn’t let her in, but she has a right to go in and get her stuff – furniture, her clothing, her son’s toys. They keep saying that they’re going to do it but they never do it, so we’re going to ask a judge to order them to do it.”